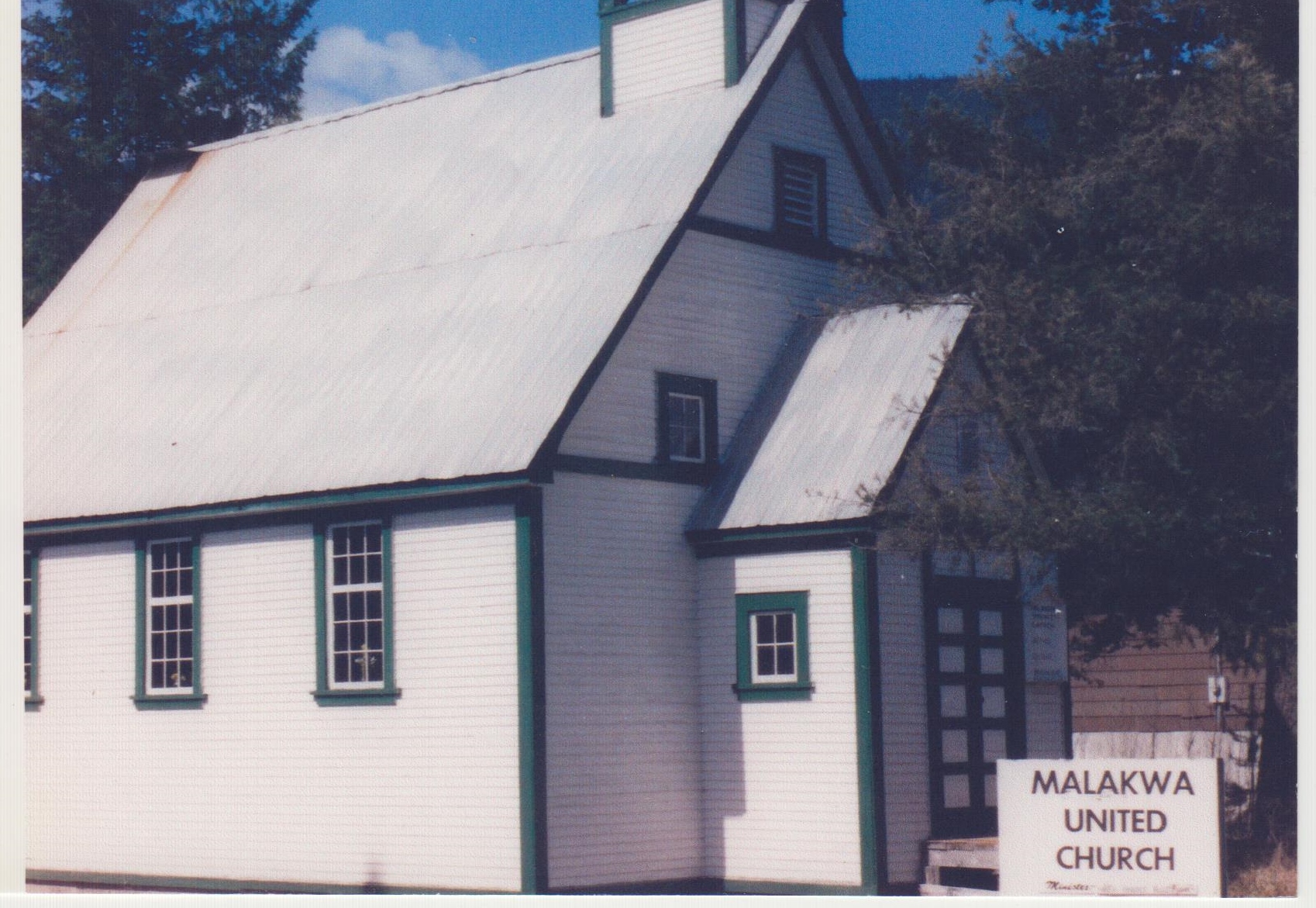 History of the Malakwa Heritage Church

Before building the church there was no permanent building in Malakwa.  In the early years of the century Malakwa was one of about six points in a mission field that extended from Rogers Pass to Sicamous and included Glacier, Albert Canyon, Three Valley, Camp 4, Taft and Malakwa.  Each summer this area was served by a student minister who held services at least twice a month at each point.  T.A. Symington, who was minister in 1908 reported that s congregation had recently been formed in Malakwa and five new members were added.  The following year there was an average church attendance of 33.

A dinner was held at the Malakwa Hotel dining room on March 6, 1923.  There were 17 Malakwa community members present.  It was decided at that meeting that a church was needed in Malakwa.

On September 23, 1923 the church was opened and dedicated.  The services were conducted by Re. J.A. Leslie of Golden and Rev. Wm. Stott, B.A. of Armstrong.  At the conclusion of the morning service the Sacrament of the Lord’s Supper was dispensed, thirty six souls partook of the elements.  A further service was held on October 16 when a new roll was formed and the congregation was organized.  The following are a list of names that appeared on the roll:

1923                I.A.F. Smith took up the work at Malakwa on Sunday November 4th 1923.  He was refused an opening in Sicamous for some time, but on January  20th, 1924 obtained a hearing with 9 in attendance.  (Smallpox broke out at Glacier mid-January, there were six cases and one death.  11 services were held at Malakwa with an average attendance of 17.  Many cases of measles at Malakwa in late February and most of March, closing Sunday School.)

Ministers Listed for Malakwa only:

In a letter from James R. Clerihue, son to James L. who was the first student minister and instrumental in the building of the church, we were informed that James L. Clerihue lived to the age of 94 and passed away in 1983.  His son  shared that before entering the ministry, he had been a carpenter and had learned two aspects of carpentry well,  how to frame a roof and how to build stairs.  He got his start at carpentry building a sawmill at Deroche around 1909 and went on to build houses in the Kitsilano and Shaughnessy Districts of Vancouver and Nanaimo and build a hall in Parksville from 1910 to 1914.  He came to Malakwa well equipped to design and build a church.  James L Clerihue shared with his son that Helmar Erikson had helped to build the church.

In 1925 it became the Malakwa United Church when the Presbyterian church was joined in union with the United Church.

During the year ministers were shared with the United Churchs in Revelstoke, Salmon Arm and Enderby and each summer student ministers spent the summer offering services at the church, as well as holding Sunday School and Youth Group meetings.  The student ministers stayed at the manse located in the church yard.

The building has undergone no significant structural changes apart from electricity was installed in the church when in came to the valley in the late 1940’s and insulation was added to the walls.  The original wood burning stove lasted for more than 50 years.  A bronze bell was installed in the belfry in the 1970’s.  The bell was a donation from Sebastian Dietrick and Stefan Fibich.  The front steps have been replaced and the building has received new paint on the exterior.

The Malakwa Community Centre Association acquired the United Church in 2007.

Front of inside church showing alter. 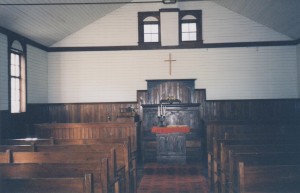 Inside church showing back of building north side. 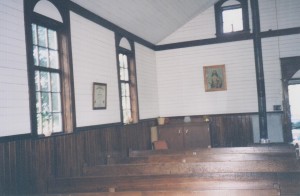 Pump organ at front of church. 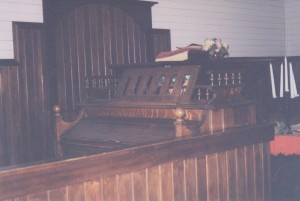 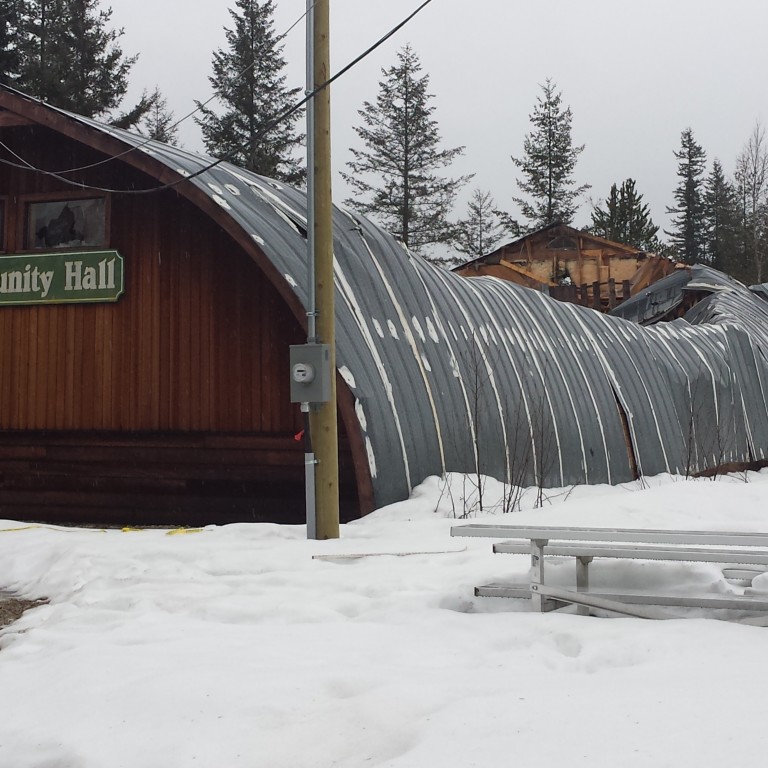 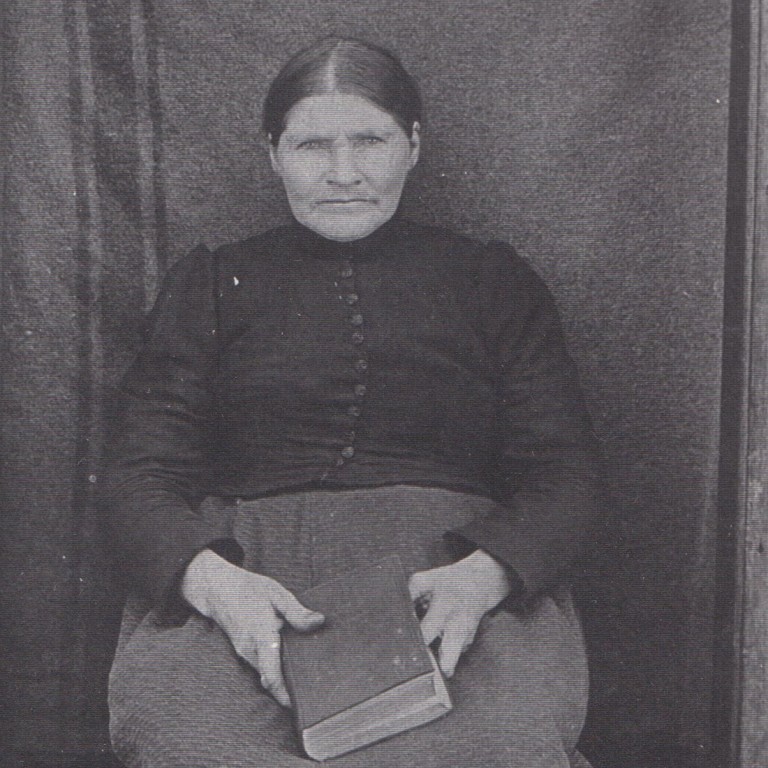 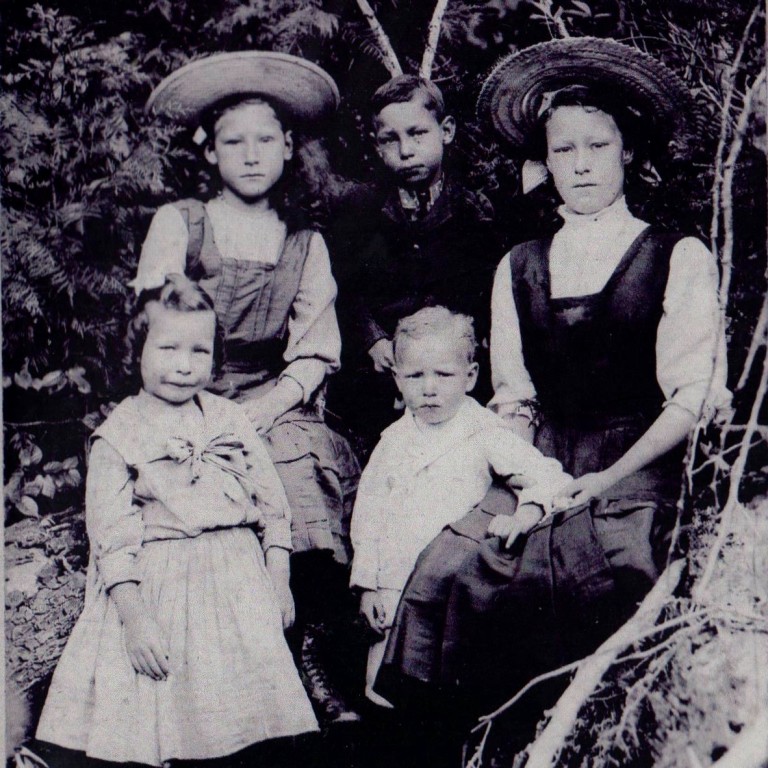 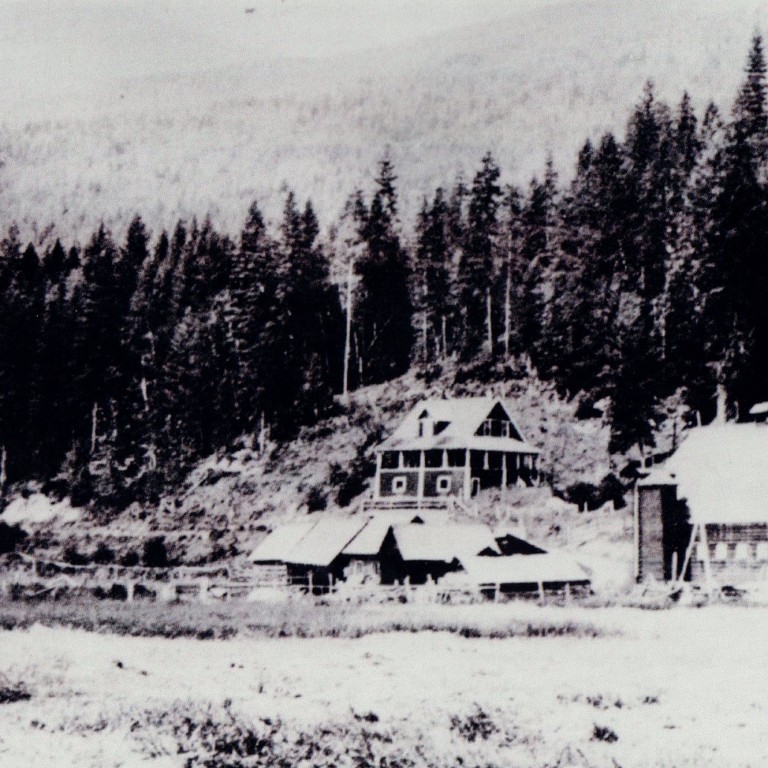