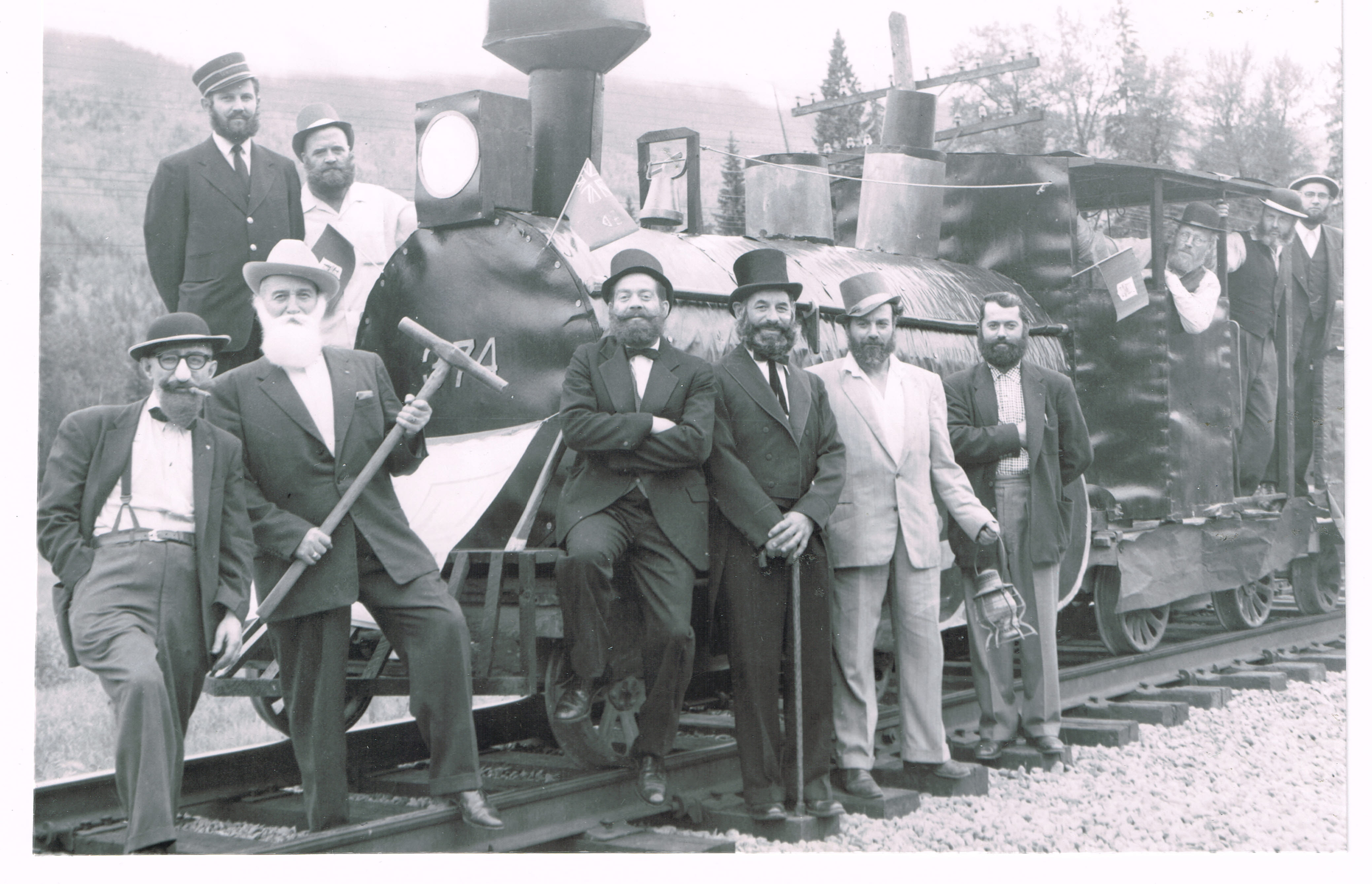 To celebrated the occasion, Malakwa, Craigellachie and Taft residents held a celebration at the Last Spike Site.  This photo shows a mock steam engine constructed by Malakwa resident Alex Johanson.  Community residents dressed in period costumes.  Great fun was had by all.