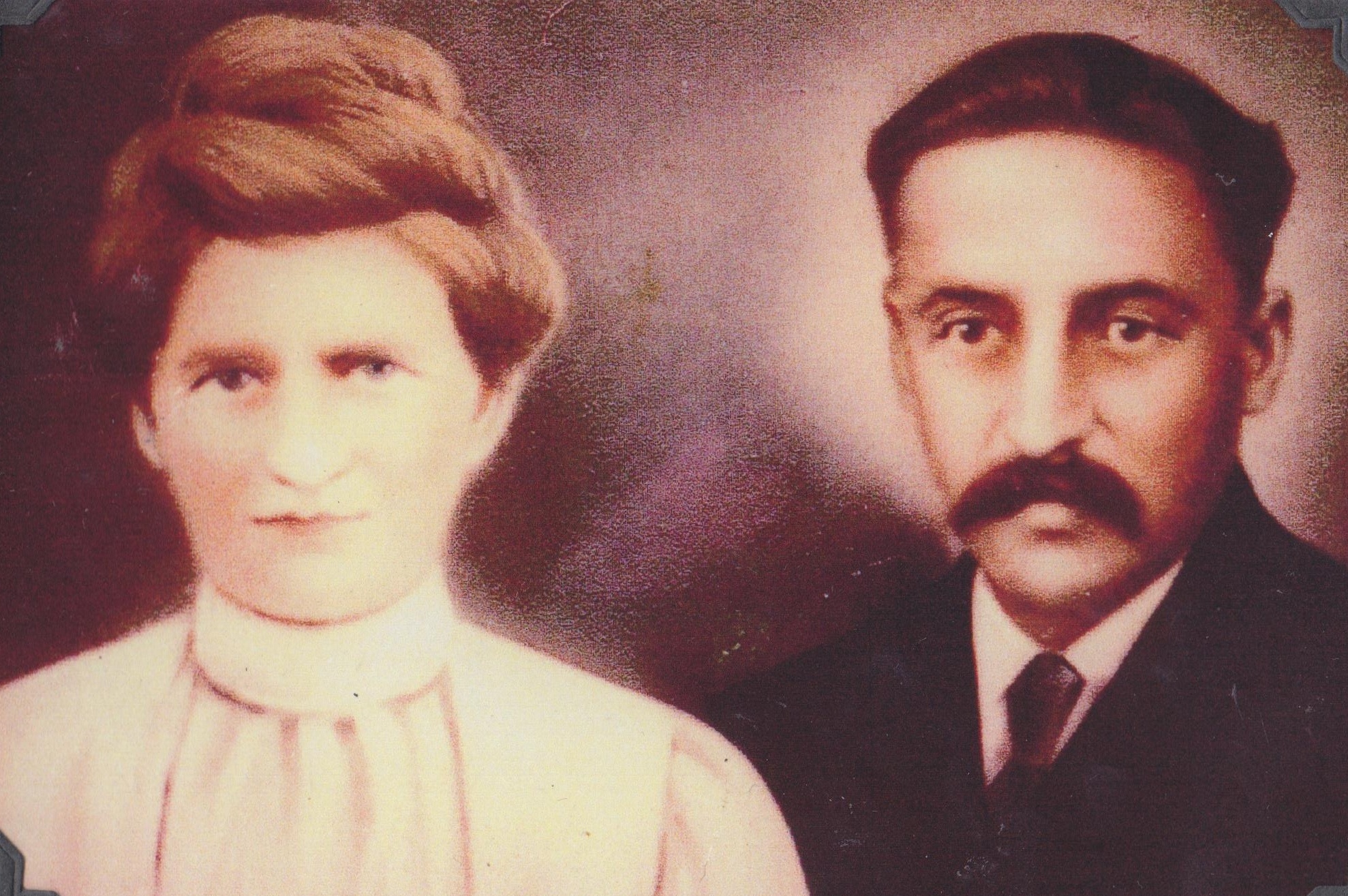 On January 16, 2002 Sandra Northway and the Malakwa School Enrichment Group met with Mr. and Mrs. Ernie Baynes and Mr. and Mrs. John Baynes. We invited the Baynes’ family to share their early memories of life in the community of Malakwa and their time spent at Malakwa School.

The Baynes family have a very important connection to the school. Their grandfather, Mr. Ernest Richard Broadwater Baynes, helped to build the original log school house in 1902. His children David, Ernest, Helen, Lily and Thomas Baynes were among the first 11 students enrolled in school in 1902. Ernie and John are Thomas Baynes’ sons and both are residents of Malakwa at this time.

Ernie began school in 1935 and John in 1941, both in the original log school house. Ernie shared that he didn’t really enjoy the actual school work but enjoyed seeing other students and having time to play with other children. John enjoyed coming to school and recalled that reading was his favourite subject in school. During the years John and Ernie attended school in the log building they remembered that there were approximately 15 to 20 students in grades one through five with one teacher, Miss Mary McKinnon. Grade 6, 7 and 8 students attended school in the frame building, Miss Ebba Johnson was the teacher at that time.

John and Ernie both walked to school, at times in the winter they skied (on homemade skis) and in later years they owned a bicycle and three of them road to school on this bike, all at once, Ernie on the bars, Everett on the seat, and Beth on a home made carrier on the back of the bike!

Students made their own fun and John and Ernie shared that they had one swing in the school yard and a log that they used as a balance beam. Students would go down to the river try to catch “red fish”, Ernie reported that they didn’t have much luck catching any fish. The older boys placed logs high up in the trees across the road from the Cenotaph and the students used this as a ski jump when the logs were covered with snow in the winter months. The ramp was a permanent one and was used by the students year after year.

Ernie remembers an oak tree being planted on the school grounds to commemorate the crowning of King George VI in 1937.

Discipline at the school was handled with the strap for very serious misdemeanours and students were made to sit on a high stool and wear a “dunce” cap. The teacher was very strict and there was no talking allowed and no getting out of your desk.

John and Ernie enjoyed the Christmas Concerts held at the local community hall. Ernie brought books he had received as a gift at the 1941 Christmas concert to share with our group.

Ernie and John’s father Tom, built a log house in 1930 at the end of road now named Tredgett Road. We asked John and Ernie if they knew of the Tredgett family, but neither of them had heard of the name until the road name went up.

There were 7 children in Tom Baynes’ family, 3 boys and 4 girls. John and Ernie’s dad’s main job was working on the farm each day. Tom cut ties, fenceposts, worked fighting fire in fire season, and did road work. Often there was no money involved with this work, but rather a trade for groceries, things they needed for the farm, or to pay the land taxes. Ernie said the first money he saw was kept in the teacher’s desk, used in a lesson to teach the student’s what money looked like. Boys twelve and over were paid $2.00 per month for lighting the fires in the school, keeping it going all day, and packing water in a bucket from the well. If they wanted to they were able to do both the log school and the frame school and were paid $4.00 per month. Ernie remembers that this was the first job he was paid to do.

John and Ernie had lots of chores to do at home. They cut and split firewood, cleaned the barn, fed the farm animals, weeded in their large vegetable garden, and picked blueberries by the washtub, these were often traded at the local store for groceries.

Social events the whole community enjoyed were strawberries and ice cream at Erik Erickson’s farm and the community members were invited back in the fall for a corn roast. Ernie and John recall dipping the corn in a jar of homemade butter.`

The family never owned a car while they lived in Malakwa. In later years Tom purchased a truck for working around the farm. Ernie thought there were only two cars in town, one owned by the Erik Erickson family and the other owned by Mr. LeBeau who owned and operated one of the local stores.

In 1944 Tom moved his family to Revelstoke. Ernie at the age of 15, began working with the railroad and John continued his education. There was no shortage of work and Ernie worked long hours for the railway for which he was paid $ .44 per hour. He remarked that it was a novelty to have electricity and paved streets in Revelstoke.

Ernie married Cathy who had returned from England with her family to Revelstoke. Cathy was born in Canada but had moved to England as a youngster with her family. Cathy and Ernie have been married for 51 years. Ernie and Cathy moved back to Malakwa in 1959. John worked as a shake maker. He married Evelyn, they moved back to Malakwa seven years ago.